I organize and run a casual gameplay day for my friends and their kids. We call it KidCON. This was the 2nd year in a row and we just had a ton of fun. We kicked it off by playing a few board games (sparkle kitty, kung fu zoo, and star trek five-year mission) while we waited for the remainder of the crew to arrive. 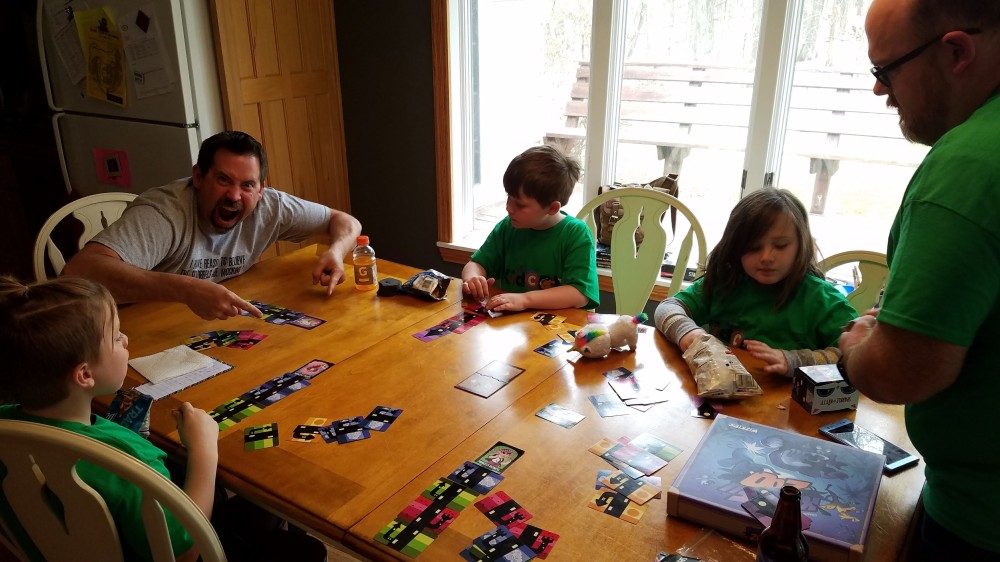 The gist of the CON is that the adults are there to teach the younglings how to game. So, in that vein, we pulled out the big guns and run an epic session of D&D using the introductory adventures The Lost Mine of Phandelvor from the D&D Starter Set. It was awesome! 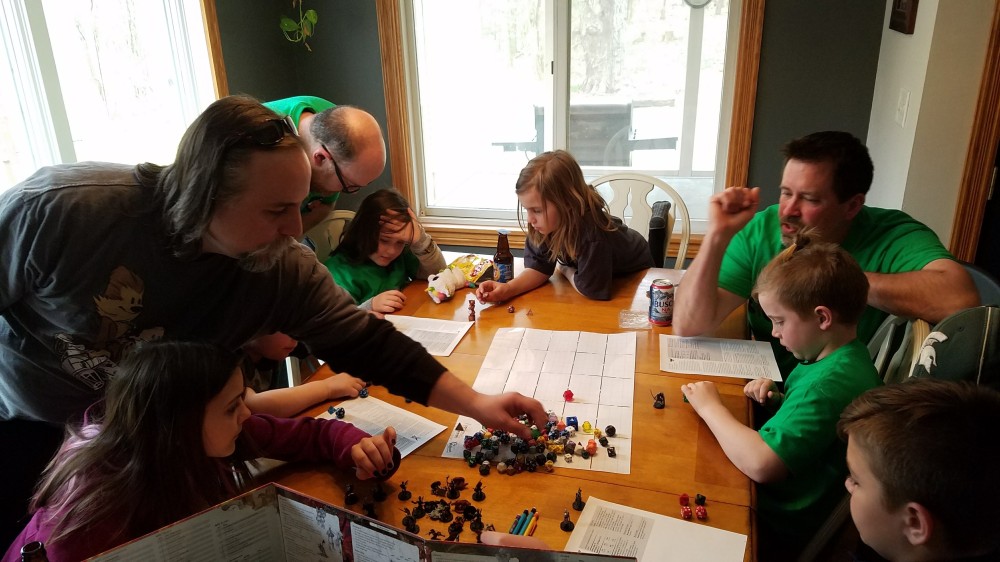 From there we broke up into several play areas and the games were on for the rest of the evening. Everyone had a good time. I think I can speak for most of the gamers to say that Roar-a-saurus was at the top of the list for some crazy fun. 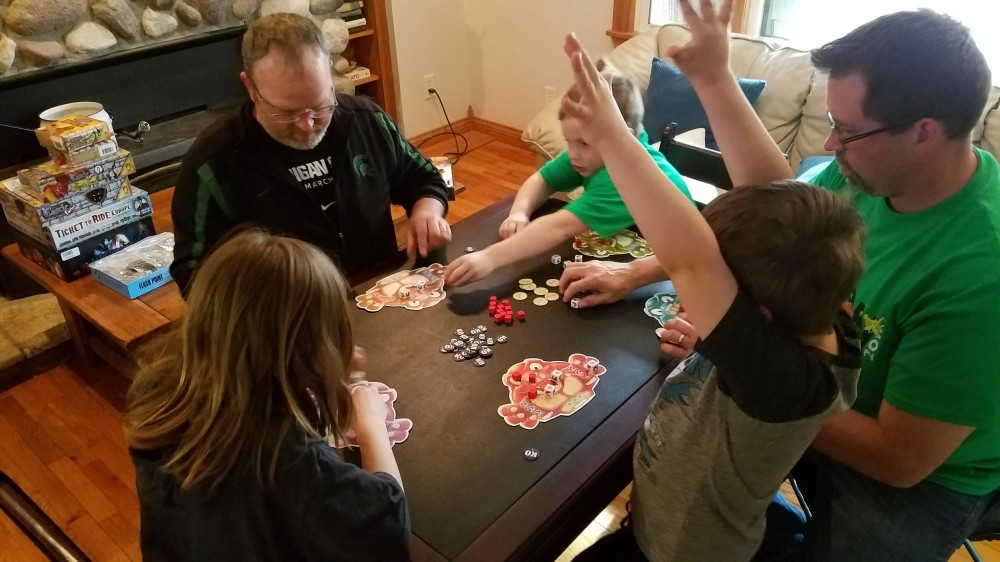 The whole con was a smashing success. I’m looking forward to next year already. Here’s an album showing off some of the fun moments!